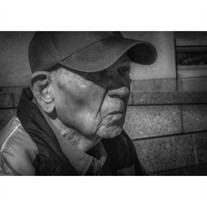 William C. Spaulding "Bill" Chili - On Friday, November 6, 2020 at age 83, after a fight with cancer. Bill was born in West Carthage NY to Rose Foreman Spaulding and William Spaulding on October 27, 1937. Predeceased by his mother, and father, his wife, Vera Ann Cummerton Spaulding of Batavia, his sister, Janice Spaulding O'Conner of West Carthage. Survived by his sons, John Spaulding of Chili, NY and Michael Spaulding (Jaime) and grandchildren, Madison, Morgan, and Michael of Honeoye Falls. Bill was born and raised in West Carthage working for his father who was a master plumber until he enrolled in Canton UTI and the NY National Guard from 1956-1962 as a Specialist (E4) in the 107th Ordnance Battalion. He wed his wife on August 1, 1964 until her death in 1993. Bill worked for General Electric in Syracuse and worked on a top secret project for the US military. He and his wife then moved to Rochester, NY where he went to work for the Eastman Kodak Company in the Shops Division where he again worked on a secret camera project. He retired in 1991 and then worked as a school bus driver for the Churchville-Chili School District. Bill loved all sports including coaching his son's little league teams. He was a member of the Loyal Order of the Moose, the Benevolent and Protective Order of Elks in Carthage and the American Legion Post 1830 in Chili. He was a member of the congregation of St. Christopher's Church. One of Willy's favorite passions was his twice weekly games of euchre with other retirees in Churchville. He will be missed by his many friends from the north country especially childhood pals Pat O'Connor, Bill Halpin, and Warren Richardson, his friends from EKC and the guys from the card table. Interment will be Tuesday 10AM at St. Joseph's cemetery on Harvester Avenue, Batavia, NY next to his beloved wife. Everyone is welcomed to attend this short service. There will be no calling hours.

William C. Spaulding "Bill" Chili - On Friday, November 6, 2020 at age 83, after a fight with cancer. Bill was born in West Carthage NY to Rose Foreman Spaulding and William Spaulding on October 27, 1937. Predeceased by his mother, and father,... View Obituary & Service Information

The family of William Spaulding "Bill" created this Life Tributes page to make it easy to share your memories.

Send flowers to the "Bill" family.