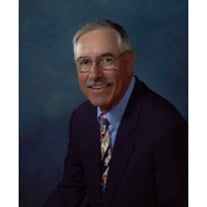 William D. Hall "Bill" Chili - Bill Hall passed peacefully on Saturday, March 14th at the age of 78, after a long courageous battle with Parkinson's Disease and Dementia. He is survived by his wife, Dorothy; daughters, Jennifer (John), Lisa (John), and Stacie (Andrew grandsons, Will, Ben, Sam, Camden and Wrigley; sisters, Janet and Shirley (Larry brother, Frank (Karen and many relatives and friends. Bill was born in Rochester, NY on January 4th, 1942. He grew up in Scottsville with his three siblings where he was an active member of Future Farmers of America. Together, Bill, Frank, Shirley, and Janet ran the family farm for many years while caring for their mother after the passing of their father at a young age. After beginning his career as a civil engineer, he transitioned to construction where he owned and operated Ferguson Hall Construction Company for over 45 years. Bill married Bonnie and brought her daughter, Jennifer, under his wing in 1974. Together they welcomed two more daughters, Lisa and Stacie. After Bonnie's untimely passing, Bill became "Mr. Mom" for several years. In 1987, Bill married his wife, Dorothy. Together they were committed to blending this new family as they preserved memories of the past. They pursued many passions in life, the largest of those being the time they spent showing horses. What started out as a fun home activity resulted in a six horse hitch and the discovery of his "horse family." In addition to horses, Bill had many hobbies, including hunting and golf. He was proud to be a member of Oak Hill Country Club for over 40 years. In his later years his biggest passion was spending time with family. From reunions to time spent with siblings, he cared deeply about staying connected with family as the years went by. Once his family grew with the addition of 5 grandsons, spending time with them became a highlight of his days. He looked forward to sporting events, family vacations and holidays spent with the boys. After his Parkinson's Disease diagnosis, Bill was determined to remain active and healthy for years to come. He and Dorothy began snow birding to Naples, Florida in 2000 where they lived at Forest Glen Golf and Country Club. Yet another family of friendships evolved over this time. Bill had a love for life. His mischievous ways always brought a smile to those around him. If there was water nearby, you could be sure someone was about to get soaked. His witty humor shined through even on the most challenging days. His determination and strong will were influential for his family, his friends, and his employees. Above all else, he was a devoted husband, father, and papa and will be greatly missed. Private viewing and interment. A celebration of his life will be announced at a later date. In lieu of flowers, donations can be made to any of the following: Avow Hospice, 1095 Whippoorwill Lane, Naples, FL 34105, Parkinson's Foundation 1000 Elmwood Ave., Rochester, NY 14620, or Alzheimer's Association (Rochester/Finger Lakes Region) 435 East Henrietta Rd, Rochester, NY 14620.

The family of William Hall "Bill" created this Life Tributes page to make it easy to share your memories.

Send flowers to the "Bill" family.