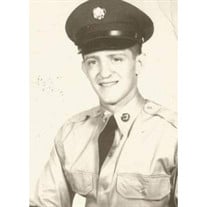 Ronald A. Scuteri "Coach" Chili - On Thursday, April 29, 2021 Ronald was called up to play in The Angel Band. Predeceased by his parents, Albert and Anne; and brother-in-law, James Andreano. Survived by his son, Stephen (Kaleena) Scuteri; brother, David (Pat) Scuteri; sisters, Judy Andreano and Patti Hooper; several nieces, nephews and dear friends. Ron was born in Rochester and graduated from Aquinas High School in 1955. In 1964 he joined the Untied States Army and was stationed in Japan for 3 years before receiving an honorable discharge in 1967. Ron worked for Goss Sales which he enjoyed tremendously as a salesman and purchaser. Ron's hobbies included photography and painting. He was an active member of the Churchville-Chili community and photographed many sporting events through out the years. He assisted the youth in his community in many ways, he coached several different sports teams for both girls and boys and was also the musical director for the youth choir at Saint Christopher Church. Ron was a very talented musician playing many instruments, to name a few; piano, guitar, and mandolin. He enjoyed playing in the folk group at Holy Ghost Church and with The Holy Ghost Busters who played for fun around town. Ron was passionate about many things, but his proudest achievement was his son Stephen, who brought him so much joy. He was very close to his family and loved spending time with them; especially his 12 nieces and nephews, James, David, Thomas, Michele, Michael, Maribeth, Jennifer, Laurie, Michael, Shawn, Kristopher, and Kaylee. He also had several great nieces and nephews, whom he loved to hear about. Ron will be greatly missed by all his family and friends. His wish for them when they think of him now is "Don't cry because it's over, smile because it happened". Friends may call at the Leo M. Bean and Sons Funeral Home Tuesday 11AM - 1PM. Private service and interment to follow.

Ronald A. Scuteri "Coach" Chili - On Thursday, April 29, 2021 Ronald was called up to play in The Angel Band. Predeceased by his parents, Albert and Anne; and brother-in-law, James Andreano. Survived by his son, Stephen (Kaleena) Scuteri;... View Obituary & Service Information

The family of Ronald Scuteri "Coach" created this Life Tributes page to make it easy to share your memories.

Send flowers to the "Coach" family.