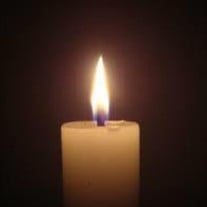 Bob wanted to give thanks to his loving God and Savior for permitting him to live such a long life of 97 years; and now to grant him a never-ending life with the Father, His Son Jesus, and the Holy Spirit, and also with his loving departed wife of almost 71 years on the earth, and with other loved ones and departed friends. Bob is the son of his parents, Robert B. Clement and his wife, Bernice Cora Glenn. Bob and Mary (“Jackie”) have four loving children and their spouses: Dale and Nancy Clement, Carol and Gerald Boehlke, Dan and Annie Clement, and Keith and Cora Clement. Bob and Jackie have 11 grandchildren and 14 great-grandchildren, with one being deceased when he was 6 years old. Bob had two sisters, both deceased and many nieces and nephews. Bob graduated from Wilson High School in Wilson, NY in 1942 and attended Chesbro Seminary for one year in 1942-1943, Rochester, NY, before he was drafted into the US Navy, where he served for 31 months. Bob graduated with a Business Major from Greenville College in Greenville, IL in 1948. He graduated with a Master’s Degree in Social Work from the University of Buffalo in 1948, and earned a Ph.D. Degree in Social Service Administration from the University of Chicago in 1964. Lastly, he earned a Diploma in Human Nutrition from the American Academy of Nutrition in 1989. Subsequently, he served on their National Board of Advisors for several years. Bob’s first profession job was at the Guidance Center of Buffalo, an out-patient child guidance psychiatric clinic. Following that, he served as Executive Director of Family Service Agency in Sioux Falls, South Dakota for eight years. For the next 15 years he was Director of the Social Work Program at Roberts Wesleyan College. The program was founded by in 1969. Since 1981, Bob has been a Nutritional and Wellness Consultant and a Shaklee distributor. Bob has been active in church work through many decades, serving in local, conference, and national Free Methodist Church positions. Bob gives glory to God for helping him also in his private practice of counseling with people having family and individual problems over a 50-year period. Throughout his life, even in old age, Bob has been blessed by the Lord with good health. If anyone wishes to give a contribution as a memorial gift in the memory of Bob Clement, Bob suggested such gifts may be given to either Roberts Wesleyan College or to Pearce Memorial Church, both located in North Chili, NY 14514.

Bob wanted to give thanks to his loving God and Savior for permitting him to live such a long life of 97 years; and now to grant him a never-ending life with the Father, His Son Jesus, and the Holy Spirit, and also with his loving departed wife... View Obituary & Service Information

The family of Dr. Robert Glenn Clement "Bob" created this Life Tributes page to make it easy to share your memories.

Bob wanted to give thanks to his loving God and Savior for permitting...