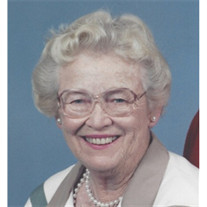 Margaret M. Mawn Rochester - At 97, while at home on January 23, 2018. Predeceased by her husband, John, and siblings, Josephine Houlihan and Matthew Mitchell. Survived by her son, Stephen (Karen), grandchildren, Greg (Jessica Hawken), Margaret (William Johnson) and Stephen, as well as over 30 nieces and nephews. Margaret Mitchell was born in New York City, graduated from Far Rockaway High School in Queens and attended Columbia University before family responsibilities curtailed her formal education. She held supervisory positions at the Pennsylvania Railroad during World War II and National Airlines after the war. Margaret met John Mawn in Manhattan in 1951 while he was serving in the Navy. A year later, they married in Newburgh and lived in the 19th Ward until John's death in 2010. After joining her son, daughter-in-law and grandchildren in Wisconsin shortly thereafter, she returned to the Rochester area with them in 2013. While living in the 19th Ward, Margaret was active in Our Lady of Good Counsel Parish serving as a Confraternity of Christian Doctrine instructor and Legion of Mary officer, among other roles. She was a lifelong member of the League of Women Voters, and for two decades served as a Monroe County election inspector. Over the years, Margaret unofficially adopted her son's friends, their children and grandchildren, and they, along with her biologic family and friends, continued to enrich her life until her final days. Her penchant in seeing the best in everyone and making the best of every situation endeared her to family and friends and will continue to inspire them for the rest of their days. Family and friends are invited to Margaret's Funeral Mass, Saturday, February 3, at 10:30 A.M at St. Monica Church, 831 Genesee Street. Private interment. In lieu of flowers, please consider a donation to St. Peter's Kitchen, 681 Brown Street, Rochester, NY 14611.

The family of Margaret M. Mawn created this Life Tributes page to make it easy to share your memories.

Send flowers to the Mawn family.