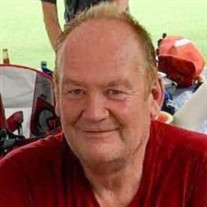 John L. Roeger, better known as Jack or Jackie, was born on July 28, 1959 in Rochester, NY to Jack and Caroline Roeger. He was the fifth of their seven children. Jack was an avid outdoors man including hunter, fishing, camping and he most recently received his trapping license. One of his favorite places to spend time was on his brother Steve’s property located in Wheatland. You could find him there every weekend tending to his blueberry plants, mowing, sawing trees, working the saw mill with his brothers and nephews, clearing trails, readying tree stands, hunting and camping. He even camped in the dead of winter with those brothers and nephews brave enough to join Jack. He took great pride guiding his nephews and niece on their journey to obtain hunting licenses and teach them the fine art of hunting as well as fishing. Jack was always readily available to help any one who needed him, friends, acquaintances and family. No project was too small or too large. Every year Jack would spear headed the “guys only” hunting and camping trip at Moose River Plains in the Adirondack mountains in late October, the colder the better he would say. Another camping trip he always looks forward to was the annual family campout in August. It gave him great joy and it won’t be the same without him. As you can see there is a pattern here, Jacks two greatest loves were his family and the great outdoors. Jack never married or had children, but he was always there for his extended family, especially his nephews and nieces. He loved them all unconditionally. John Roeger was a truck driver for Bunzl in Buffalo, NY. He was also a member of Teamster Local 118. With heavy hearts we all say good bye to Jack, but know he will always be with us in spirit especially when we are enjoying the great outdoors. May he rest in peace. Jack is survived by his dad, also named Jack and his sisters and brothers,: Honey (Mary) and Mike Yost, Fran Budd, Steve and Rena Roeger, Ken Roeger, Kathy and Tom Perry and Dave and Sue Roeger. He is also survived and deeply missed by his nephews and nieces, Michael (Tiffany) Yost, Stephen Yost, Kenneth Roeger, Ian Roeger, Ben Roeger, Kristie Cimo, Steven (Jill), Kiel Roeger, William Roeger, Lindsey (Joe) Ranous, David Roeger, Elizabeth Roeger, Aubrey Roemer and Erricka Roemer. Along with may great nephews and nieces. His uncle and aunts are,: Armin (Connie) Roeger, Betty Harter and Christine (Sean) Bilodeau. Many cousins as well. A celebration of Jacks life is being planned for later this summer.

John L. Roeger, better known as Jack or Jackie, was born on July 28, 1959 in Rochester, NY to Jack and Caroline Roeger. He was the fifth of their seven children. Jack was an avid outdoors man including hunter, fishing, camping and he most recently... View Obituary & Service Information

The family of John L. Roeger created this Life Tributes page to make it easy to share your memories.

John L. Roeger, better known as Jack or Jackie, was born on July...

Send flowers to the Roeger family.