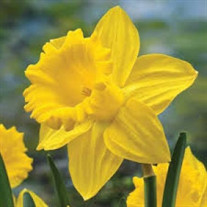 Jacqueline H. Mayne Rochester, NY: Monday July 22, 2019 at age 84. Predeceased by her husband, John and son, Daniel. Survived by her sons James (Susan) Mayne of Old Lyme, CT, Douglas (Susan) Mayne of Suffield, CT and daughter, Rebecca (Bradley) Flick of Tehachapi, CA.; grandchildren, Alexander & Daniel Mayne, Benjamin & Henry Mayne, and Shelby & Ryan Flick; sister, Barbara Hughey; sister in law, Beverly Rickard, and several nieces & nephews. Although living most of her life in Rochester, NY, Jackie's roots were firmly set in the South. She grew up in the small town of Baskerville, VA, a place very dear to her heart and a source for some of the more interesting family lore. When she was 14, she moved to Rochester to live with her brother and not long after, met her late husband John, settled down in the town of Chili and raised her family. She was responsible for and directed the creation of a priceless childhood for all of her children and the many fond memories for those who knew her. Years later, as her children began to fan out, Jackie was off to China where she and John lived for several years and had many adventures. She traveled throughout much of the East and a good part of Europe and seemed at times to be a little surprised at how far from Baskerville she had been. In her later years, she continued to travel vicariously through her children and grandchildren, never missing a Facebook post and greeting each day with a picture or posting of her own. Friends may call at the Leo M. Bean and Sons Funeral Home Saturday 3-5PM. Private interment Grove Place Cemetery. In lieu of flowers memorials may be made to Wilmot Cancer Center, 601 Elmwood Ave. Rochester, NY 14624.

The family of Jacqueline H. Mayne created this Life Tributes page to make it easy to share your memories.

Send flowers to the Mayne family.