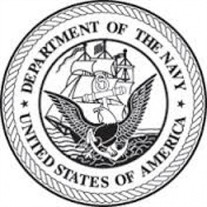 Frank A. Daly, Chili; former GRS employee and age group swim coach - Following a valiant fight, Frank passed away on Saturday, November 2, 2019. He will be dearly missed by his wife of 68 years, Ruth B. Daly, five children, thirteen grandchildren, nine great-grandchildren, as well as many nieces and nephews. Frank was raised in Granville, NY, a community along the Vermont/New York State border, the youngest child of Albert B. Daly and Pearl Morehouse. This is where he met his life-long love and spouse, Ruth Beaver Daly, who hailed from the hamlet of West Pawlet, Vermont, just "across the border." Following high school graduation in 1945, he enlisted in the US Navy and then went on to Rensselaer Polytechnic Institute in Troy, NY where he received his Bachelor of Electrical Engineering in 1954. During this same period, he and Ruth also were married and had the first two of their five children, Carrie (Baxter) and Brad. Immediately upon graduation Frank was hired by General Railway Signal Company, and he and Ruth left the Green Mountains relocating to Rochester, NY where they spent the rest of their lives. A home was purchased in the town of Chili in 1955, and Mary Lu, Elizabeth (Nagalski), and Jay were born during the next several years. It is of interest to note that his project teams at GRS designed the signaling systems for several large urban mass transit ventures, including Boston, NYC, Washington, DC, Atlanta, San Francisco, and Montreal during Expo 67 (the Canadian World's Fair). Family excursions often included trips to these cities, where he took great delight in demonstrating the appeal of traveling by trains and subways to his children and later, grandchildren. As his children grew, an interest in competitive swimming emerged and eventually all five children joined the Arnett YMCA swim teams in the early 1960s. Within two years a coach resigned with no replacement in sight. Always eager to support his children's interests, Frank volunteered to fill in until a new coach was hired. Well, that never transpired, and Frank served as the girl's swim coach through 1970 with the YMCA and then founded the Genesee Aquatic Club in Scottsville, NY, continuing his volunteer coaching through 1976. During those years he affected the lives of 100s of swimmers. His passion for precision helped train some of the area's outstanding swimmers of that era. But most remember him for the leadership skills he promoted, the sportsmanship that he demanded, and the comradery and friendships they developed while a part of his teams. And he always looked back at those experiences as some of the most enjoyable times of his life. Frank was also an avid gardener and lover of music. He played the trombone throughout much of his life, including the GRS Dance Band, and sang alongside Ruth in the Rochester Chorale. The house was always filled with music; from Sousa marches (the Saturday morning wake-up call) to classics; Broadway shows to Puccini operas; Frank Sinatra to Harry Chapin; Chuck Mangione to The Limelighters. WXXI classical radio was with him to the end - his favorite show being Fascinating Rhythm. And what other family of the 60s and 70s could boast their own worm farm in the basement! Above all, he had a thirst for knowledge about the world around him. He was on a never-ending quest for new "input" - his most recent interest being Artificial Intelligence. He poured over periodicals of a technical nature, reading the MIT Review from cover to cover; he bought copies of college textbooks and read them chapter by chapter with his children to assist them with science coursework; and he owned more Atlases than most libraries. His passing leaves a large hole in the family. Aside from his five children, he was adored by his grandchildren who have deep, meaningfully unique memories of their time spent with him. Carrie's sons: Matthew (Portland, Maine), Jamie and Andrew (Portland, Oregon) Baxter; Brad's stepdaughters: Carrie Gonzales (Walla Walla, Washington) and LesLee Bickford (Minneapolis, Minnesota Mary Lu's children: Alana (Atlanta, Georgia) and Dylan Mango (Verona, Wisconsin Libby's daughter: Sarah Jane Smith (Everett, Washington and Jay's children: Justin and Kayla Smith (Rochester, NY), Michael and April Daly (Wolcott, NY), and Katrina Daly (Spencerport, NY). A private family celebration is planned in Vermont, and the family asks that in lieu of flowers, contributions be directed to WXXI Classical 91.5 in Frank's name (https://members.wxxi.org/ALLEG/WebModule/Donate.aspx?P=915FMWEB&PAGETYPE=PLG&CHECK=jzk7fJdvFd4mqYYS4VjFRW3L5BYddGq6PVAl6UEf65g=

The family of Frank A. Daly created this Life Tributes page to make it easy to share your memories.

Send flowers to the Daly family.