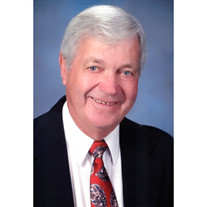 Francis E. Pfuntner Byron: Passed away peacefully Friday, September 18, 2020 at age 87. Predeceased by his parents, Martin and Helen Pfuntner; siblings, Doris Miles, Paul Pfuntner, Marian Curtin, Richard Pfuntner, Eileen King, Virginia Lay and James Pfuntner; son-in-law, Bill Zwerka Jr.; and daughter-in-law, Jeanette Pfuntner. Survived by his loving wife of 68 years, Loraine; children, Linda (Craig) Curley, David Pfuntner, Donald (Nicole) Pfuntner, Mark (Bonnie) Pfuntner, Kathy (Lance) Alexander, Scott (Milissa) Pfuntner, Wanda (Carl) Greenfield, John (Deirdre) Pfuntner and Karen (Shane) Zwerka-Snyder; 24 grandchildren; 31 great-grandchildren; sisters, Barbara Frey and Beatrice Robinson; sisters-in-law, Shirley Edmunds and Betty Cook; several nieces, nephews, cousins and dear friends. Francis served in the National Guard and became a father of 9 children, 24 grandchildren and 31 great-grandchildren. He built his first home on Bowen Rd. in 1957 (where he raised his family) and also his retirement home in Cohocton, NY. Francis was the top salesman at Johnny Antonelli Firestone and won multiple trips, including Paris, Jamaica, Bahamas and Hawaii. He was a passionate golfer with a low handicap and excellent bowler with above 200 average. Francis was more commonly known by family and friends as Fran. He was a Godly man with a gentle soul and outstanding values which he passed on to his family. His smile was contagious and lit up a room which made you feel like you were the most important person in the world. He was a great story teller and his sense of humor would cause even the most serious person to belly laugh. Fran was a man of great wisdom. He always had an endless list of projects going. He could build or fix anything. Most of what he built was super-sized and if you asked him how to do something, he'd give you a brief overview and finish with bump, bump, bump, making anything seem possible. He was a loyal friend and a devoted dad. He had an uncanny ability to love unconditionally. In the family's view he was and will always be a super hero. He helped and supported each of them through the toughest times in their lives. He groomed his children to love each other and work as a cohesive unit to achieve anything put before them, making them the best people they could be. Fran's work ethic was impeccable, he worked hard to play hard and passed this on to his children and grandchildren. One of Fran's greatest traits was his respect for others. Because of this he was highly respected by everyone. He was an amazing salesman and negotiator. He could sell ice to an Eskimo or fire to the Devil. Fran was a fighter right to the end and inspires each of us to strive to be half the person he was. Family and friends are invited to call at the Leo M. Bean and Sons Funeral Home Thursday 4-7PM. Private interment at Mt. Rest Cemetery, Bergen, NY.

The family of Francis E. Pfuntner created this Life Tributes page to make it easy to share your memories.

Send flowers to the Pfuntner family.