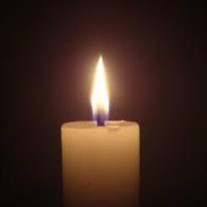 Ana J. Kordovich Galovski Rochester - Ana J. Kordovich Galovski, 82, of Rochester, NY passed away on February 22, 2022 after a long battle with Alzheimer's disease. Ana was born on September 4, 1939 to Kosta and Velika Kordovich in Bukovo, Macedonia. After World War II ended and US immigration policies changed, Ana and her mom emigrated to the United States in 1951, where she met her father for the first time at age 12. She graduated from West High School in 1957. Ana was the loving mother to three children (Vele, Pauline and Jim). Ana landed her first job in the secretarial pool at Pitcher Matthews, kicking off a 35+ year career in insurance, eventually earning the title, Vice President – Sales at Sedgwick James Insurance. She was a founding member of the St. Dimitria Macedonian Orthodox Church in Henrietta, NY and remained very active in the church, holding numerous board positions, calling bingo, singing in the choir and attending services and celebrations. She regularly helped those in the Macedonian community acclimate to the United States by providing assistance in any way she could. She loved to travel and go on adventures with friends and family, especially her grandchildren. Ana was predeceased by her mother and father. She is survived by her children, Vele (Samantha) Galovski, Pauline Hawkins, and Jim (Tara) Galovski; her grandchildren, Austin, Tessa, Nicole (Trip), Carol Linn (Devin), Ian, Saige, Hope and Samuel; her sister, Mary (Andy) and her brother, Nick (Flora) Kordovich. Visitation will be held at Leo M. Bean and Sons Funeral Home in Chili, NY on Thursday, February 24th from 4-7pm. Services will be held at St. Dimitria Macedonian Orthodox Church, 234 Telephone Rd. in Henrietta on Friday 10 am followed by her interment at Grove Place Cemetery.

The family of Ana J. Kordovich Galovski created this Life Tributes page to make it easy to share your memories.